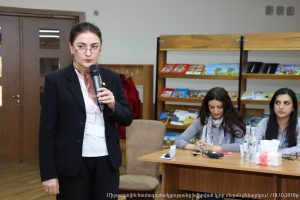 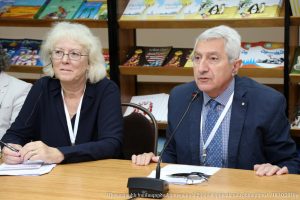 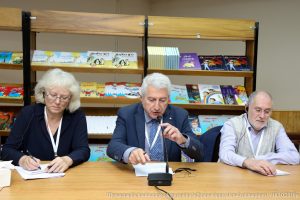 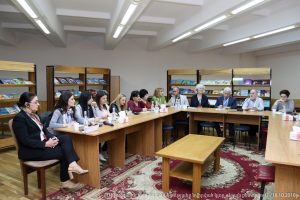 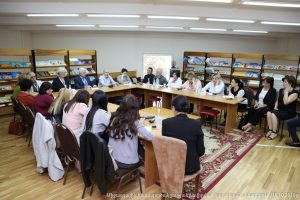 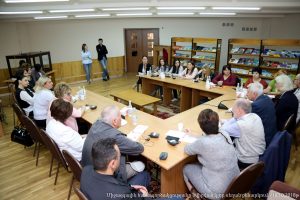 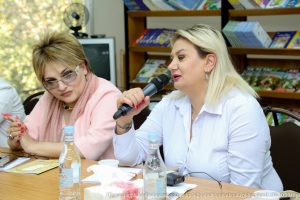 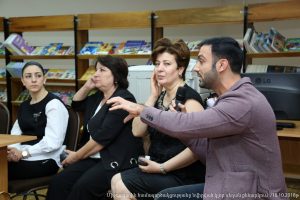 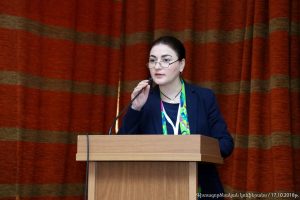 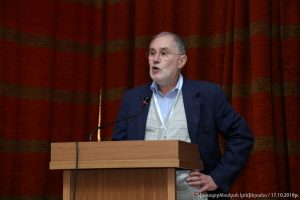 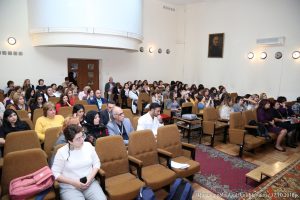 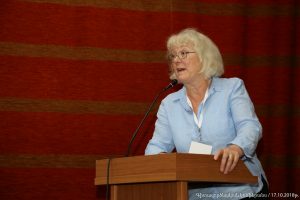 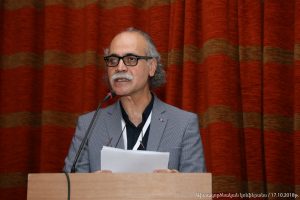 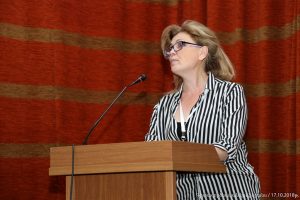 This year the National Children’s Library after Khnko Aper celebrated the 85th anniversary of its foundation. Within the scope of various events devoted to the 85th anniversary of the library scientific-practical meetings took place. On October 17 a conference took place with the participation of foreign guests. The speakers of the meeting were the head of the UFFICIO Ricordi Music Foundation Massimo Gentili Tedeschi, who spoke on catalogisation and modern skills necessary for the librarians, IBBY Executive Director Liz Page, who spoke on the activities of IBBY National Sections in promotion of reading and evaluated IBBY Armenia as an active participant. The Iranian children’s writer Farhad Hasanzade presented his way of writing for children. Gayane Karapetyan spoke about National Children’s library activity.
On October 18 a round table-discussion with the heading “Prospects for cooperation: IBBY, IFLA, IAML” was held. Libraries’ directors, young specialists of the sphere were present. The director of National Children’s Library R. Tonoyan spoke on the implemented programs within the cooperation of IBBY, IFLA, IAML, in the context of which IBBY Executive Director Liz Page mentioned that IBBY Armenia was founded in 2012 and talked about important programs which were implemented together during this time. “”IBBY Armenia” makes great efforts to unite children around the book, – added R. Tonoyan, highlighting that the library is already a member of IFLA. The speakers were the representative of IFLA and IAML, the head of the UFFICIO Ricordi Music Foundation Massimo Gentili Tedeschi, one of the top five of IBBY Shortlist for the 2018 Hans Christian Andersen Awards Iranian children’s writer Farhad Hasanzade. Director of National Library of Armenia T. Zargaryan,  director of Isahakyan Central Library H. Karapetyan, other participants of the discussion-children’s writer A. Serobyan, N. Arzumanyan (Nor Nork Central library), S. Hovhannisyan  (“Arevik” publishing house), S. Karapetyan ( “Edit Print” publishing house) spoke on library work, professional education, problems of children’s writing, the role and meaning of the book in RA.